lolfilter: How did you hear about Spark AR or Lens Studio?

Mitsuko Ono: When I first saw filters on instagram, I started following a lot of creators. I was curious what program they used to make it and when I saw Noland Chaliha aka alwayscodingsomething post something about Spark AR, I immediately downloaded it.

lolfilter: When you started to create filters?

lolfilter: What was the first filter you ever created?

Mitsuko Ono: The Matrix was my first ever filter but I published it on Facebook because it has hand tracking. Then I noticed no one uses the facebook filters so much so I started publishing on Instagram instead.

lolfilter: How is your filter creation process?

Mitsuko Ono: The ideas I get just randomly pop up in my head and whenever they do, I make a note so I don't forget them. Then later if I have the time, I'll start making it until I feel it's good enough for me.

lolfilter: How long does it take to create a filter?

Mitsuko Ono: It depends on how complex the filter is. I take a lot of time on animating mostly and making the 3d materials I need.

lolfilter: Where did you learn how to work with Spark AR?

Mitsuko Ono: Having knowledge of cinema 4d and after effects really helped a lot when it comes to animation. But with the patch editor, everything I know I learned from tutorials from Josh Beckwith, Maru Studio and by subscribing to Noland Chaliha's patreon which I highly recommend. Whenever I have trouble, I just look it up the Spark AR community group and most of the time, the answer is just there. You just really need to look hard.

Marc Wakefield also really helped me a lot back when I was a newbie and even until now when I have problems, I would just post a question and he would have the right answers.

lolfilter: Can you recommend Youtube channel or any other place to get resources for learning filter creation?

Mitsuko Ono: I recommend looking up Josh Beckwith, Maru Studio, Noland Chaliha, Luke Hurd, and the compilation of Spark AR tutorials organized and compiled by Billy Ng. I also try to learn basic Javascript to understand some of the patches.

lolfilter: What is your favorite filter (designed by other creators)?

Mitsuko Ono: This is a hard one as I have so many favourites but If I have to choose only one, maybe I'd pick the very first filter I saw and inspired me to make my own. I thought and still think it's one hell of an idea for a filter. It's called 'Insta Meat' by Vita Caio

lolfilter: From all the filters that you made, witch one is your favourite?

lolfilter: How did you hear about Spark AR or Lens Studio? Caroline Rocha: I heard about spark when i started to review the first filters on instagram... I already knew 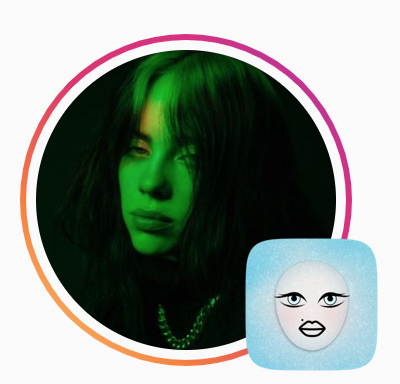